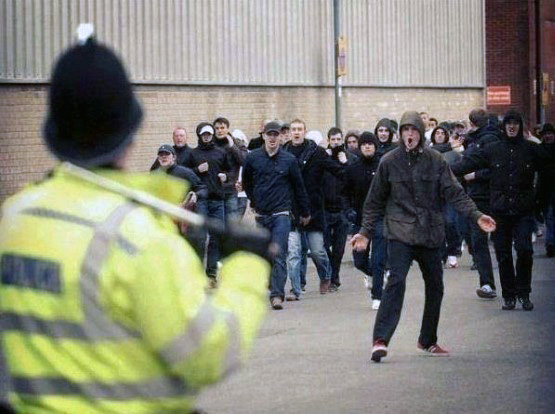 Premiership football is one of the most glamorous sports in the world, beamed to hundreds of millions worldwide and worth over £20 billion a year.

But there's a darker element lurking close to the surface. In recent years football hooliganism has been a secret network of clashes between
rival firms, planned well away from stadiums and CCTV.

But last season things changed. Violence is now breaking out inside the ground, on the streets and even fighting on the UK transport network.

Police claim arrests for disorder are down, but football's European governing body warns of a return to hooliganism's dark days.

In this BBC film, they follow some of the most active youth firms in the country, home and away, to see just how far the rules of football hooliganism have changed.

Football Fight Club 2 will be aired tonight on BBC 3 at 9pm.

The programme will be available shortly after broadcast. But you check out some clips HERE