Are the Stone Roses likely to release a new album? 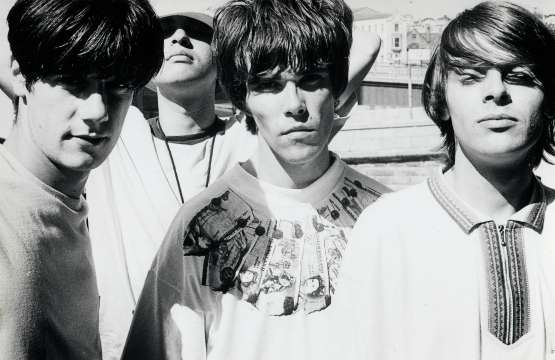 Will The Roses release a new album this year?

It's been three years since their epic comeback and since then there's been very little information on the release of a new album. There was talk of record deals and albums but nothing has materialised yet. In fact, there were rumours last year the band had split up.

JOHN ROBB from Louderthanwar says the Roses have not disappeared as people. They have just reemerged in normal life beyond the showbiz curve and he says there was talk of new material early in the year with Ian Brown describing it as "great psychedelic pop" even Shane Meadows confirmed the Stone Roses had new material last year.

But John Robb believes the band members don't want to spoil it by coming back with the wrong record, the Stone Roses MUST never be average. Robb strongly believes the Roses don't feel finished and that there is still plenty in the motor and that they could be starting to rehearse again soon.

A few days ago during an interview with Soccer AM, Noel Gallagher was asked about The Roses and the former Oasis guitarist said 'They are blooming'. Well e veryone knows that Noel and Mani are close friends but the truth is that there is no confirmation of a new album. In fact, we do not think they will release an album any time soon. At least not this year. But you never know with the Roses, do you?

So let's wait and see what finally happens this year.

Do you think The Stone Roses should release a new album?

In other news, John Robb and his band The Membranes release new album in June.