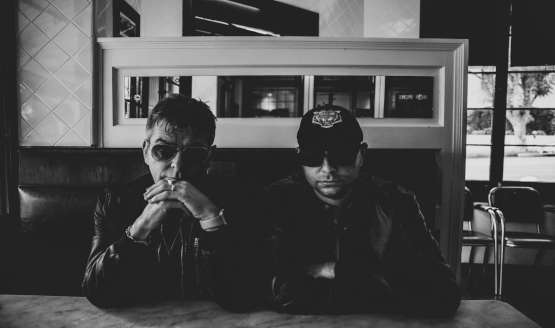 The band are based between LA & NYC.

The band also dropped its Debut Track this week on This Feeling Records; 'Hey Christo!'.

They will be recording a live EP at the legendary Abbey Road Studios on April 20, which is being shot as part of a docu-film, capturing the energy of the live band & the historic surroundings.

One of the most revered bass players in alternative music, Andy Rourke helped craft the iconic sound of the '80s with The Smiths, who critics have called the most important alternative rock band to emerge from the British independent music scene of the 1980s.

Andy has been based in NYC since 2009, composing, writing and recording on various projects. He recently guested live with fellow Smiths member Johnny Marr & over the years has toured and collaborated with The Stone Roses Ian Brown & Mani Mounfield, Sinead O' Connor, The Pretenders, Badly Drawn Boy, Killing Joke, Peter Hook, Bonehead from Oasis and most recently Dolores O’Riordan who passed away unexpectedly last year.

KAV helped Shaun Ryder reform legendary Manchester band Happy Mondays in his early 20's, getting the band back together & onstage to 10,000 people on London's Clapham Common, their first show in several years.  He went on to tour internationally with the Mondays for 4 years, co-writing their album "Unkle Dysfunctional" and title track for the movie GOAL! "Playground Superstar. Highlights including Coachella Festival 2007, Fuji Rock 2006 and V Festival UK 2007.

KAV has been based out of Los Angeles since 2010.  After playing Coachella with Happy Mondays in 2007 he spent some time in LA, which started his love affair with California. KAV released his debut album“The Man With No Shadow” in 2012 & has toured around the US, UK, Europe with his solo project.  He’s guested live with Datarock several times, released a track “Mr Nice” in conjunction with Howard Marks & recorded a music project with the late, international fashion icon Zombie Boy.