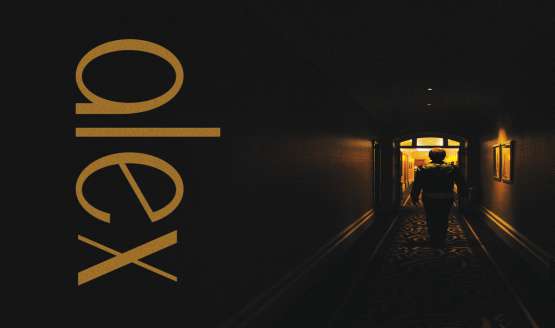 After catching Alex Lipinski live a few years back alongside, former Oasis guitarist, Bonehead he has been firmly on my radar. The duo whetted my appetite with the release of their EP under the guise Phoneys and Freaks but then it all went a little too quiet. Lipkinski though is a wanderlust, a lonesome troubadour, gigging since the age of 15 and has no trouble cutting it alone as the infectious ‘Lonely Kid’ released a couple of years back highlighted. Needless to say, the release of the album Alex is a welcome one.

Produced by Anton Newcombe (Brian Jonestown Massacre) and recorded at his Berlin studio, the album opens with ‘Going Nowhere Fast’ and Lipkinski wastes no time reminding us what we have been missing with his effortless vocal soaring by the time the chorus kicks-in. Liam Gallagher is a notable fan of Alex but it is his brother Noel that springs to mind as the track progresses. ‘Dandylion Blues’ follows and I am instantly hooked in with the groove and find myself humming along as Alex sings “keep on pushing, nothing gets you nothing, got to keep on keeping on”, despite it being only my first play of the album .  ‘Carolyn’ follows and is a folky number revealing a more delicate side with Lipkinski appearing to reflect on a relationship, showcasing both the variation and depth in his songwriting.

Forthcoming single ‘Hurricane’ glides flawlessly through the airwaves as I wrestle with my subconscious to block out the Bob Dylan chorus ingrained through constant exposure to Dylan as a 2 year old. Speaking of Dylan, Lipinski wears his influences on his sleeve and despite the title it is Springsteen with a modern Brit swagger that I hear shining through.

‘Come On People’ is another highpoint with a rousing angst that threatens to erupt as Lipkinski frustratingly rallies “come on people, they’ll steal all that you own, leave you stranded, sinking faster than a stone”. A moving track delivered with venom alongside the haunting harmonica and a stand-out moment. ‘Sophie’s Song’ lightens the mood and is reminiscent of Dylan peppered with Simon and Gartfunkel. ‘Devil You Know’ is a powerful brooding tale that builds to a haunting melody whilst the aforementioned ‘Lonely Kid’ is an all out attack on the senses that will hook the listener from the off.

There’s a meteor called Alex propelling through the sky, amassing a collection of first-class songs that will enhance any music collection and it has just hit!