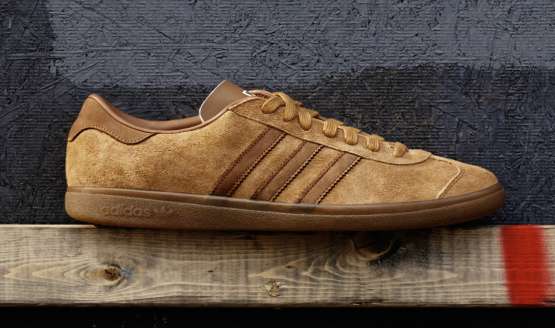 Making a comeback after its prime during the early ’80s, adidas Originals revives their Island Series with reissues of the Hawaii, Samao and Tahiti models for Spring/Summer 2015.

The series has left an indelible mark in sneaker history, noted for being a staple footwear choice among the UK “casual” subculture in the ’80s. The collection saw over 20 model releases, all inspired by and named after various islands around the world.

The sneakers will be reentering the global market over the next two months. The first to arrive will be the Samoa dropping on April 18,
the Hawaii on May 2, and the Tahiti on May 16.

Peter Otoole's artwork is up in @adidasoriginals display at @triads