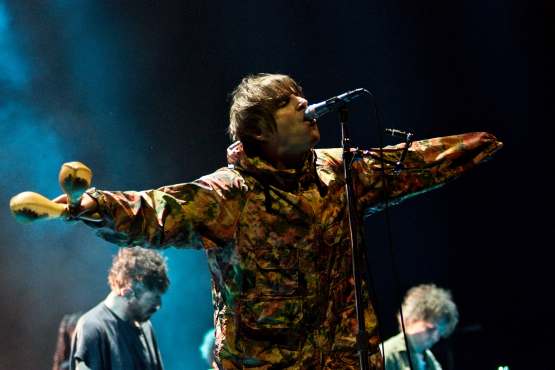 Former Oasis frontman; Liam Gallagher puts on an unforgettable show at one of Buenos Aires most beautiful venues.

After being the frontman of one of the biggest bands of the last three decades: Oasis and three critically acclaimed solo albums, Liam Gallagher doesn't have anything to prove, does he? ..And his gig at Movistar Arena in Buenos Aires last night just confirmed Liam still IS one of the most charismatic and adored frontmen to come out of Britain.

Former Oasis star delighted fans with a 90 minute-set mixing his solo material with Oasis anthems such as Wonderwall, Champagne Supernova, Stand By Me and Rock n Roll star.

The 15,000 capacity arena was filled to the rafters with adoring fans. (It was actually sold out) You could feel that that special and unique relationship between Liam and his ardent Argentinian fans is still intact. Most of them have been there since the very first day, but there’s also an ever-increasing collection of younger hardcore followers in the crowds who are seeing him for the first time. Kids 16,17 years of age who hadn’t even been born when Oasis burst onto the scene. This is what fans had been waiting for in a way. They were desperate to see Liam once again. The last time he'd visited Buenos Aires was almost 4 years ago when he played DirectTV Arena back in 2018. It had been a long wait. There was this usual football match vibe last night with the crowd singing 'Olé olé olé olé Liam Liam..' before the show kicked off waiting for the younger Gallagher to deliver yet another biblical performance.

Liam took to the stage at 9 pm and with arms rooted behind his back and wearing one of his distinctive parkas he launched straight into the first song of the night ‘Morning Glory’ and as you hear that first Oasis classic, you can tell what a magnetic frontman Liam is. The  crowd went absolutely mental. Must admit that he is sounding the best he has in years. His band was on top form as well. First track of the night was quickly followed by  'Rock n Roll star'  which got a rapturous roar from the Argentinian crowd taking everyone back to Oasis glorious days. What a way to start a gig. Unbelievable really. What an atmosphere. Just out of this world. Third track to follow was his debut solo single 'Wall of Glass' co-written by Andrew Wyatt and producer Greg Kurstin.

Of course It comes as no surprise that the Oasis numbers always cause the most riotous crowd reactions of the evening, but solo hits such as  Wall of Glass, Everything's Electric, Diamond in the Dark and Once, which followed those two unbelievable songs of the evening, aren’t far behind those 90’s anthems.  Liam swapped throughout his set between Oasis classics, known songs from his first and second albums, as well as some newer tracks off his third solo work ‘C’mon You Know’. It was exciting to hear ‘Everything’s Electric’, being played live as the song was co-written by Foo Fighters frontman Dave Grohl and it is one of my personal favourites off his third album. Then Liam Gallagher dipped into the old catalogue once again playing one of my old favourite Oasis tunes ‘Stand By Me’ followed by ‘Roll it Over’ (which I personally think it's an epic song and it sounded superb live) and ‘Slide Away’ proving another unsurprising crowd favourite and after amazing versions of  '‘Cigarettes and alcohol’ and 'Some Might Say' that saw the crowd singing and pogoing from the front to the back, Liam ended the first part of the set with the anthemic 'Wonderwall' dedicating it to 'the f##### greatest: Kun Agüero' leaving the stage for a few  minutes but thanking first the Argentinian crowd saying "Your are f##### great. You are the best. I mean I love everyone; all the crowds but you are the f###### bollocks".

After this short break we all got ready for the obligatory encore and it just got better and better as the Oasis hits kept coming, Liam gave us two absolute classics; Live Forever and Champagne Supernova which ended it all with the audience taking over vocal duties at times as a summoned choir of devotees. Buenos Aires and Liam Gallagher were in total unison. What a night it was. The fans loved it. The band loved it. Great selection of classic songs and Liam Gallagher sounded as powerful and iconic as ever providing a soundtrack to the lives of many of us who were there last night.

It was an unforgettable night of great music with Liam Gallagher smashing through a 17-song set featuring Oasis classics, Beady Eye and new tracks taken from his three solo albums.

Last time Liam Gallagher was in the capital was 4 years ago back in 2018, hope this time won’t be that long until we see Liam hit the stage again. Let's make it an annual event for Goodness' sake.

Special thanks to Katie Gwyther and Amanda Davies for helping us out. 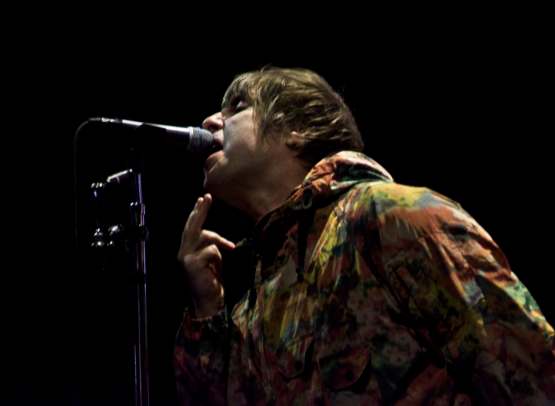 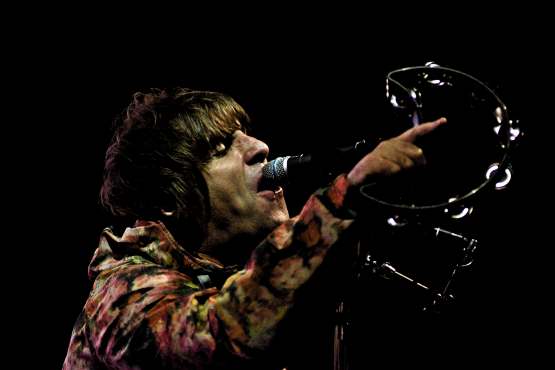 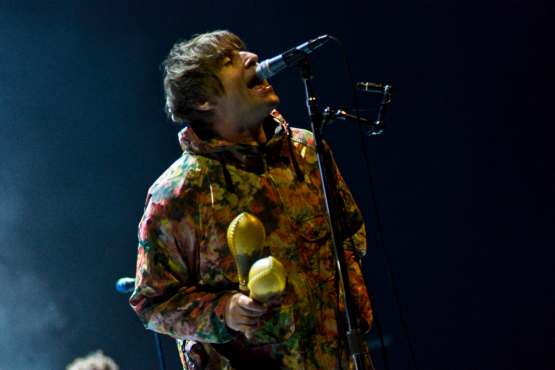 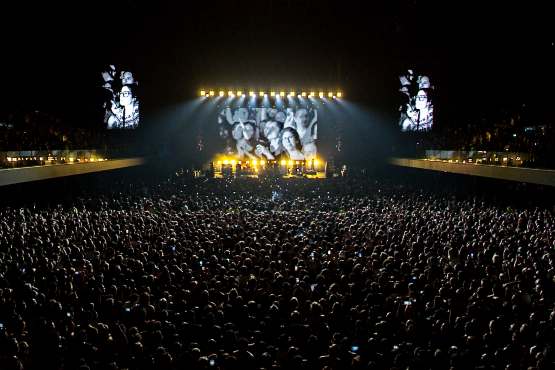 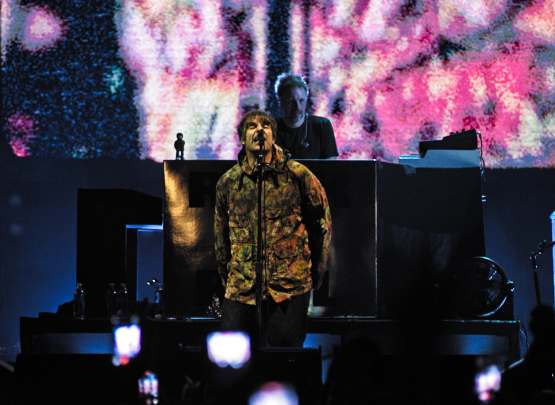 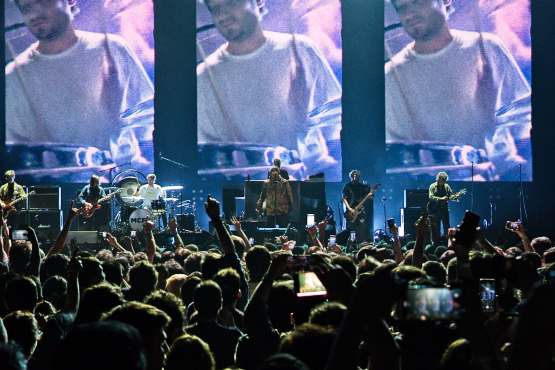 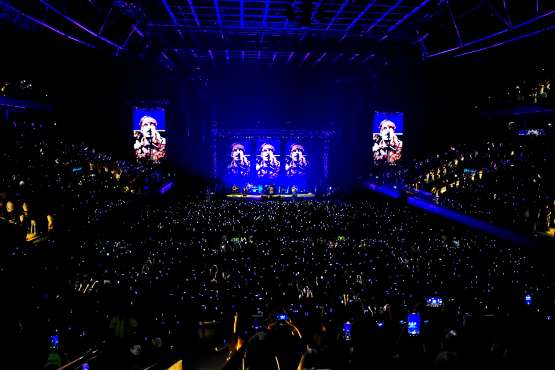 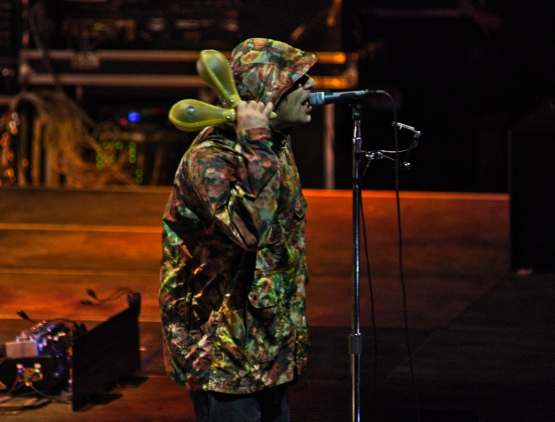 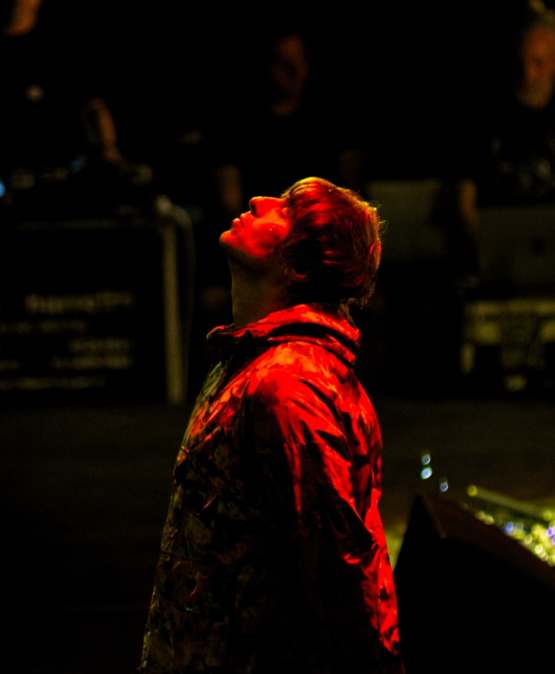