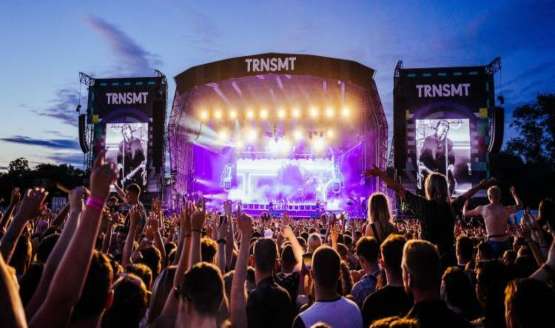 LG has gone from strength to strength since he owned the TRNSMT stage in 2018 and the Glasgow crowd will erupt as he blasts out tracks from his two solo studio albums As You Were and Why Me, Why Not?. Everyone will be hoping for a few Oasis numbers in the set-list and Liam is not one to disappoint! When: Main Stage, Saturday

Celebrating 30 years of Screamadelica, the Glasgow band fronted by Bobby Gillespie are guaranteed to go down a storm. Expect Screamadelica tracks to feature heavily in the set-list peppered by singles from their extensive back-catalogue. When: Main Stage, Saturday

The Kulbritania favourites are always well received in Scotland. Played a blinder at TRNSMT 2018 and singer Liam Fray even posted one of our photos. Covid tension will be bounced away like never before as the band unleash Not Nineteen Forever on the Glasgow crowd. When: Main Stage, Friday

This will go off as the Chemical Brothers close TRNSMT 2021 on the Sunday night! Expecting a light-show and pyro-tastic set fuelled by anthems such as Block Rockin’ Beats and Hey Boy Hey Girl! Not too be missed! When: Main Stage, Sunday

Scotland’s own Amy MacDonald is a star and not to be missed live. Recent(ish) single The Hudson was a belter and expect a mass sing-along if she plays her recent cover of 4-Non Blondes classic What’s Up?. When: Main Stage, Sunday

Hot on the heels of Gerry Cinnamon, Dylan will become a household name in his own right when he releases his debut album. Single Nobody Else recently clocked a million streams and new single Jenna is an infectious ear worm. When: King Tut’s Stage, Saturday

Oozes class and a vocal like no other, Luke is ready to erupt into the big time and will gain many new fans at TRNSMT as he belts out his songs including Scottish Number 1 single Dead Man’s Blues, Judging Books and Terribly Beautiful. When: King Tut’s Stage, Sunday

Signed by Alan McGee to Creation roster, Fife band the Shambolics have been fine-tuning their songs including When She Goes Home and Chasing A Disaster at their Eggman studios and will be raring to go!

The Glasgow band have an energy and edge to them and will appeal to the young team. Expect their latest single Easier Said Than Done to go off!  When: King Tut’s Stage, Saturday