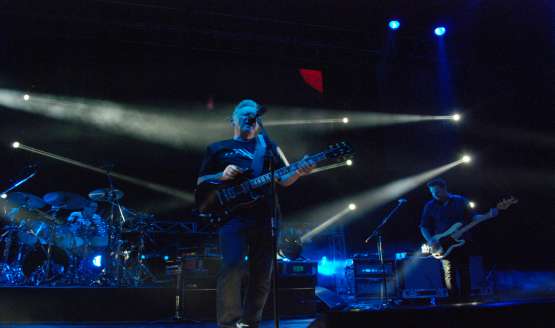 The amazing and iconic Manchester band, New Order, played a sold-out show at Luna Park Stadium on Monday night in Buenos Aires and reminded us why they’re still in the game after almost four decades on the road.

New Order kicked off their South American round of dates in support of Music Complete at Luna Park Stadium in Buenos Aires.

The show the band gave on (Monday 29th) was amazing, and I think most; maybe all in the crowd, felt the same way. Buenos Aires is one of those big cities in the world that can pull fans from not only all over the country, but also from other parts of the world. We bumped into a few Americans , Australians who were travelling around Argentina and as soon as they realised New Order were playing in the capital they bought their tickets. They said they wanted to experience first hand the energy of the Argentine crowd and I am sure they were not disappointed.

It was quite a celebration for not just the audience, but also for the band led by Bernard Sumner,  who were quite jubilant throughout their set, which lasted almost two hours. This year has been a great year of live music for all those in Argentina who love British music seeing the likes of Noel Gallagher in March and then Richard Ashcroft for the first time.

Let me start by telling you a bit about the venue; Luna Park Stadium is based in the heart of town and it's very close to some of the main landmarks in the city . Some believe that it is Argentina’s answer to Madison Square Garden (not as big, though) . Initially, the arena hosted boxing and other sporting events and then in the 50s, it was expanded to host stage shows and concerts. It can hold almost 10,000 people and last night the venue was packed to the rafters.

New Order's concert is like a journey through time. The band has been around for almost 4 decades now and although they keep reinventing themselves and releasing new music, their biggest classics were cheered by all those present at Luna Park. However,  I must say that their new tracks off their 2015 album "Music Complete" like 'Tutti Frutti', 'Restless', 'Plastic' and 'Singularity' fit so well alongside the old tunes, even if you believe their choruses aren't as sing-alongable as those of their old hits.

The Manchester band delighted fans with an 18-song set full of their anthemic tunes such as Your Silent Face, Blue Monday, Temptation, Joy Division songs such as 'Transmission' and 'Love Will Tear us Apart' as well as songs from their new record.

New Order took to the stage at about 9.20; a little bit later than expected and launched straight into the first song of the night 'Singularity' taken from their latest studio album  quickly followed by an old track 'Ceremony' and 'Academic' from their 'Music Complete'.

First highlight of the night came with the oldest tracks which were part of the set. The band started playing one of the songs which defined a whole generation and paved the way to many other bands; 'Bizarre Love Triangle', the usual singalong followed the first lines. Another great song 'Waiting for the Sirens' Call' quickly followed with New Order delivering every tune with studio perfection I would say. Don't know how it sounded at the back but where we were, it sounded awesome really.

The first part of the set came to an end with the band led by Bernard Sumner playing two more classic songs, 'Blue Monday' and 'Temptation' before leaving the stage for a while to come back on stage for the obligatory encore kicking off with 'Decades' followed by another classic 'Transmission' and finally closing the set with probably one of the best songs ever written; 'Love Will Tell us Apart' which put an end to an unforgettable night in the Argentinian capital.

The projections were fantastic. The light show in general was excellent and most importantly, the sound was great. All in all, it was a set full of their hits, mixed with tracks from the band's critically acclaimed 2015 album, “Music Complete”.

The crowd sang along the whole time. It was a party really. The crowd was surreal. I could see there is a special bond between the band and their Argentine fans.  The energy in the venue was phenomenal. I guess with bands like New Order there are songs everyone knows even if they aren't hardcore fans: "Blue Monday", "Bizarre Love Triangle", finishing the set with anthemic "Love Will Tear us Apart". It was an amazing way to end an amazing show. We all loved every minute of it. They sounded great live. Their music was as powerful and strong as ever. Hats off then to New Order and their amazing live show. Hope the band continue to deliver their great music for a long, long time.

Special thanks to Rebecca and our friend Gary. 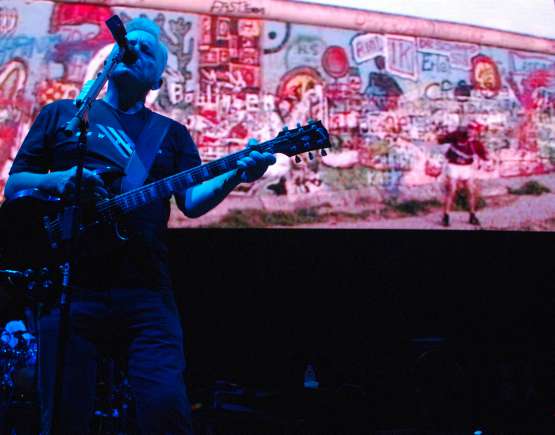 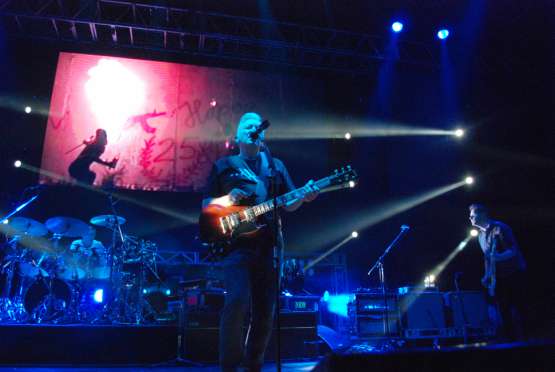 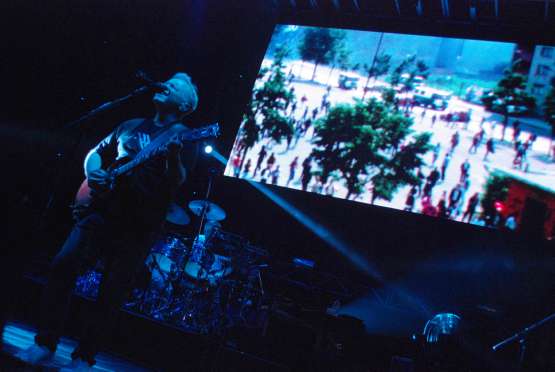 People on the High Line

Waiting for the Sirens' Call